Walking in the Slime

Returning from teaching dance class early Sunday evening, I docked my Citibike at the park near home. A large group of people were celebrating an anniversary, barbecuing, playing games, hanging out, and enjoying the sunset.

Safely docked, I raised the volume on my headset, pulled my big-bag-o-hipscarves out of the bike basket, and hoofed off to the local CVS.

A man sitting in a mobility scooter shot me a look as I passed by. "Huh?" I asked, realizing he was talking to me.

I turned off the sound on my podcast.

"TAKE those things OUT of your ears when I'm talking to you!" he enunciated.

"I can hear you fine, sir," I said, not touching my earbuds.

"What???" I asked again, starting to worry. What does he mean by "my baby"??? Did I drop something? I run back to the bike to see if I've left my bag in the basket. It takes nearly a minute of frantic confusion to realize that yes, the damned thing is on my shoulder right where it belongs.

So what is this guy talking about??

I walk back to him.

"What do you mean, 'my baby'??" I look at his friend, standing nearby. He shrugs.

"I saw a child running around," the guy says, "and thought it was yours."

I look around. There are kids running everywhere.

"YOU are Walking in the Blind," he declares.

"Do you know what that means, 'Walking in the Blind'?"

"It means walking around completely unaware. You got that headset on and you can't hear what's going on around you!"

"You can't be walking around like that, not knowing what's going on around you!" he decrees again, and then repeats roughly this same sentence three or four times.

Finally, I pull the plug.

"OK. Well thank you for your concern!" I chirp and head off.

Over the next block, I started to shake a little. What the fuck was that???

I go over the particulars:

He'd said, "Is that your baby", claiming he believed that one of the kids near the dock was mine. But I had just docked the bike. How could I possibly have had a kid with me??

And even if he hadn't seen me slamming the bike into place, he surely had been at this event for hours. Wouldn't he have known I wasn't one of the participants? And even if a random adult and child had just wandered to the area, I was walking away with direction and purpose -- not quite something a parent with a child would do!!

Answer:  It was stealthy street harassment.

Like every woman in New York, I'm used to guys hitting on me, or just making comments to me and about me -- basically taking a bite out of me as I walk by. And I know how to handle it; I brush it off, or don't let it in to begin with.

But this.... this was different.

This was criticism disguised as concern, a hit intended to harm for the sake of causing harm. Remember, street harassment isn't about sexual desire; it's about diminishing women to feed the harasser's ego.

And this.... this was as much a bite as any lowlife slapping my ass

Because he seemed to be saying something important .... I let my guard down. I let myself engage with this jerk. I gave him my attention and let him feed when I should have walked by.

And it took a toll on me, to the degree I needed to unpack it, sift through it, and write about it the next day ... still wondering why I feel unsettled by it.

Part of me wishes I'd figured it out sooner; that I'd given him my best Sherlock and enunciated at him the way he did at me; that it was clear he was full of shit and looking to feed off a passing woman like every slimebag in this fucking city.

But then I figure maybe it was better to laugh it off, as I did. "Thanking" him for his "concern" and blithely walking on.

For many years I've felt strongly that it's important to stand up to bullies--those who harm others so they can feel good about themselves. If we can just diminish those good feelings just enough ... just enough ... maybe we make the world a bit safer for the next vulnerable person.

Sure, sometimes a sock in the nose is just what the doctor ordered. But in this case maybe laughter really was the best medicine.

Thanks for giving me something new to learn today,Great post!
NegosyongPinoy.info

There is a site about pigsa! 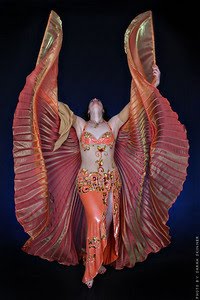 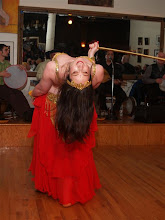